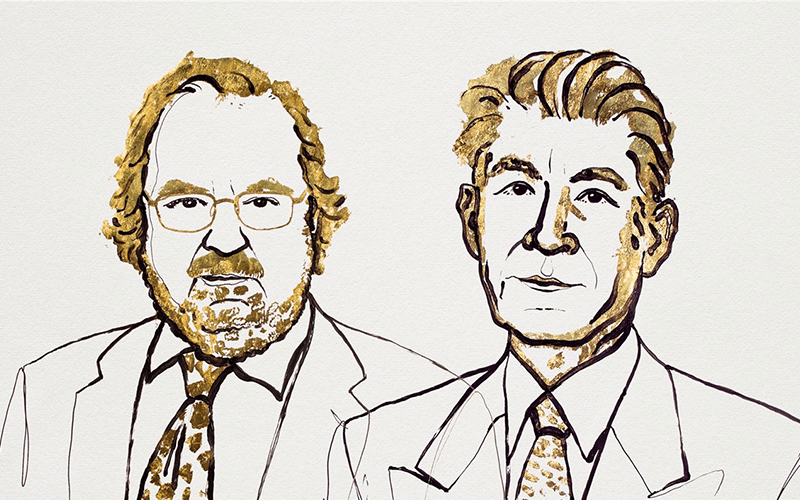 American James Allison and Japan’s Tasuku Honjo have won the 2018 Nobel Prize in Medicine for a pioneering approach to cancer treatment.

The Nobel committee said the pair’s research — which harnesses the body’s immune system to attack cancer cells — amounted to a “landmark in our fight against cancer.” The approach, known as immune checkpoint theory, had “revolutionized cancer treatment and has fundamentally changed the way we view how cancer can be managed,” the committee said.
Allison saidMondaythat his son called at 5:30 a.m. and was the first to tell him that he’d won. Later in the morning, the Nobel committee called Allison with the news.
“I’m still in sort of a state of shock, and this is all still sinking in,” Allison said.
“I was told by the Nobel committee when I was called this morning that this was the first prize they’ve ever given for cancer therapy,” he said. “I’d like to just give a shout out to all the patients out there who are suffering from cancer to let them know that we are making progress now.”
Allison, chair of Immunology and executive director of the Immunotherapy Platform at the University of Texas MD Anderson Cancer Center, studied a protein that functions as a brake on the immune system. Releasing the brake allowed immune cells to attack tumors, he found.
The discovery led to effective treatments, specifically some called immune checkpoint blockade therapies.
“I’m a basic scientist. I did not get into these studies to try to cure cancer. I got into them because I wanted to know how T cells work,” Allison said.
T cells, a type of white blood cell, are part of the immune system and help protect the body from infection and may help fight cancer, according to the National Cancer Institute.
Allison’s work led to development of the first immune checkpoint inhibitor drug, according to MD Anderson Cancer Center. Ipilimumab, which has the brand name Yervoy, was approved for late-stage melanomaby the US Food and Drug Administration in 2011 and became the first to extend the survival of patients with late-stage melanoma.
Now, ipilimumab is also approved to treatcolorectal cancer and a type of kidney cancer called renal cell carcinoma, and is being studied in the treatment of other types of cancer.
Allison plans to continue his research, focusing on the intricacies of the immune system’s response to cancer and identifying new targets for potential treatment.
In December, Allison will be honored at the Nobel ceremonies in Stockholm — and he said that he looks forward to seeing fellow honoree Honjo in Stockholm, as well.
Honjo, who has worked as a professor at Kyoto University in Japan for the past 34 years, discovered a protein on immune cells and illustrated how that too can operate as a brake, though with a different action. Therapies based on his method have also proved effective in fighting cancer.
“Cancer kills millions of people every year and is one of humanity’s greatest health challenges,” the Nobel committee said on Twitter.
“By stimulating the ability of our immune system to attack tumor cells, this year’s #NobelPrize laureates have established an entirely new principle for cancer therapy.”
The Nobel Prize in Physiology or Medicine has been awarded 108 times to 214 Nobel laureates between 1901 and 2017.
Source:  CNN
By isbdegracia
0
0